The History behind Charlie Smith Can Day 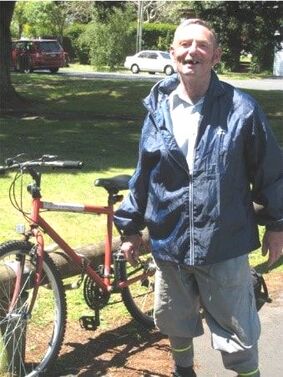 Each year, the Greyfriars Eden Epsom church holds Charlie Smith Memorial Can Day for the Presbyterian Support Northern Foodbank. Do you know the story behind why we chose to remember Charlie by holding Can Day each year?  For those who have never known, or for those who have forgotten we thought it worth including the story.

Charlie Smith had turned up at church one day and was welcomed, people talked to him, and he stayed, attending almost every church service until he passed away twenty-five years later. Members visited him and helped him to understand the gospel. While it may have been difficult for Charlie to articulate the gospel, his faithful attendance at church was a strong witness to his faith. Charlie wasn’t exactly a loner, but he lived on the fringe of society, in a boarding house, not conforming to the patterns of life or the social norms we generally expect. We never knew the factors that shaped his life, that led to his needs, his frustrations and sometime anger. However, his faith in Jesus was a strong anchor.

In his last weeks of life, when he was admitted to hospital and was asked for his next of kin, he said Greyfriars Church. We were his church family, his spiritual next of kin. In one sense listing us as his next of kin was a witness to his faith, the friendships he had with us, and how he felt at home here in this church. In another sense it was a challenge, as I am sure we each felt we could have done more for him.

One could look at Charlie and place him among those who are the least in society… one of the hungry, the thirsty and the needy. However, it is true to say, we as a church needed Charlie more than he needed us, as through him we were able to serve the Lord, feeding him, clothing him and caring for him when he was sick. Perhaps when we were tempted to think Charlie was a drain on our time and resources, he was unknowingly providing us with an opportunity to show our love to Jesus through one of the least of his brothers. There was a challenge for us in Charlie’s death - how shall we feed, clothe and care for Jesus now? How could we help those with no strong anchors in their lives to find the anchors of the faith in Jesus, belonging to his church and being part of his family? This challenge continues, so each year, we hold the Charlie Smith Memorial Can day to remind us.